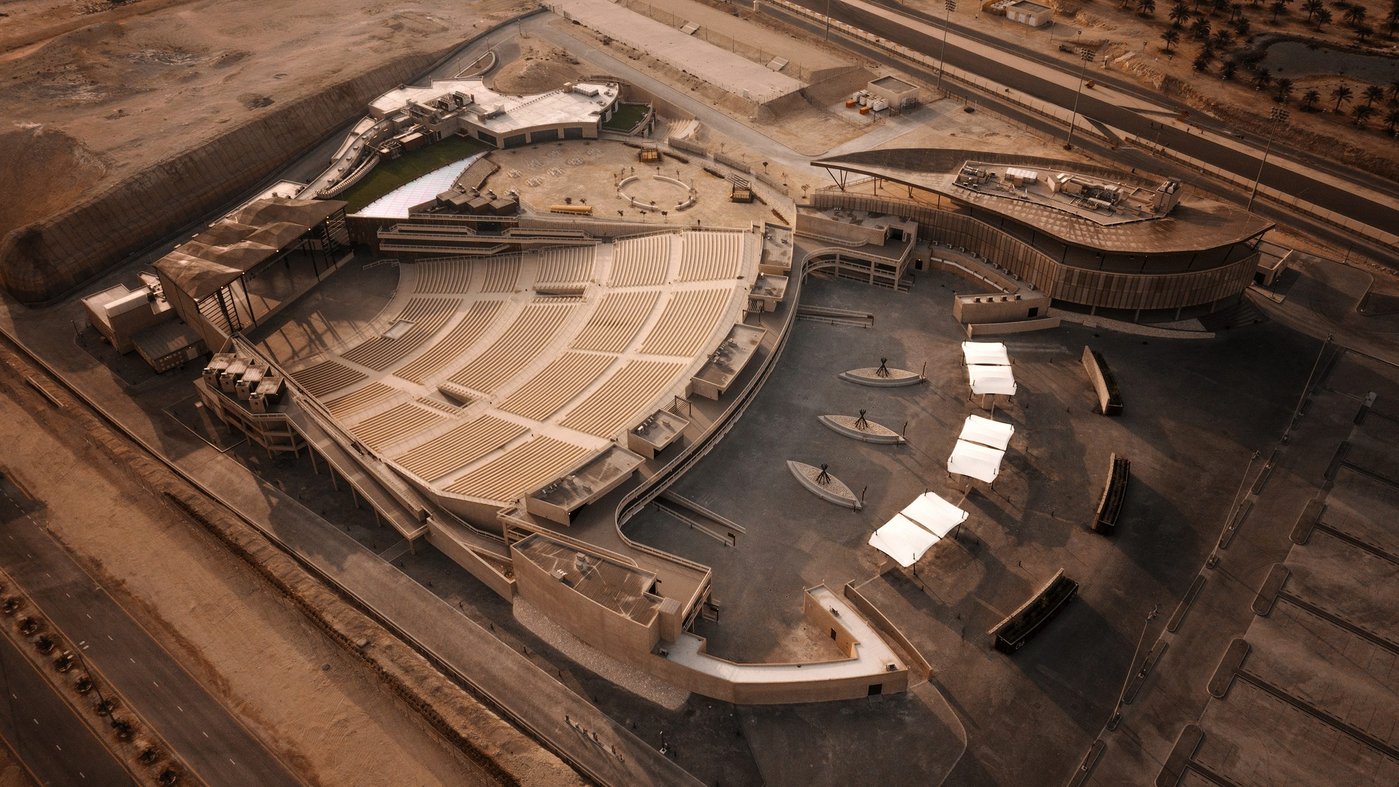 Not many building projects start with an Eric Clapton concert, but the new Al Dana Amphitheatre in Bahrain did. In 2013 an outdoor concert for 2000 people there sold out within minutes and sparked the idea among the authorities that there was a potential market for a more permanent concert venue that would attract a local and international crowd.

A site was found where the second straight of the Bahrain International Circuit (home of the Grand Prix) turns into the corner of the third, and a semi-informal invited competition was launched to find an architect by the Office of the First Deputy Prime Minister.